You are here: Home / GUITARS / 3 Best Guitar for Ambient Music – Get Your Groove On!

The best guitar for ambient Music is one that delivers the sound you’re going for. Typically, Teles and Fender Strats are used for psychedelic sounds often.

However, Ibanez JEM or John Petrucci guitars by Music Man have been reviewed to work well too. My friend gets some cool ambient sounds from a Gibson Les Paul.

I believe any electric guitar can deliver ambient music; it’s commonly a matter of processing and effects. I somewhat do ambient music with my Jackson SL2H just as easily as I do with my strat.

I also found it easiest to do on my Eventide H8000. Some performers have reported being able to use a banjo or an ukulele.

The MA7100 boasts of plenty features the Ernie Ball version has and costs $2,000 less. The neck and fret board promotes speed and the vibrato bridge makes the intonation and tuning back in line perfectly!

I love the delivery of ambient music with this guitar. It really is a piece worth owning.

The balance is great as the device isn’t heavy at all. That means you can play it all night long while standing since it is light weight.

It is light weight and I’m in love with the super thinness from the top of the strings to the back of the body.

If the classy look doesn’t steal your heart, the playability will.

This guitar sounds great and are visually appealing. It boasts of improved pickups and the neck feels like you playing butter.

The speed is on point and this guitar sounds great. On this guitar, you can achieve Quintessential Tele sound, as well as other sounds.

The only con I see here is the packaging. It is poorly packaged but no worries, your item will be in perfect condition.

I highly recommend this guitar. 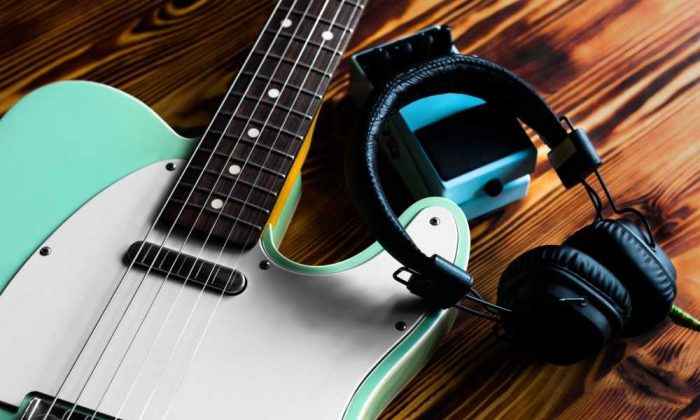 You’d love this guitar. It comes pre-setup mostly. I love the sounds the pickups deliver – the center single coil has a distinct sound that is amazing.

The bridge HB rocks nice. Ibanez somehow managed to squeeze more tone out of the neck HB than I’ve seen in any other RG series.

Generally, you need to get rid of the last two frets to achieve a Les Paul type tone; positioning of the pickups with relation to the strings. They weren’t able to faithfully achieve that tone, but it’s closer than I’ve experienced with other 24 fret guitars.

The tremelo bar has a nice fastening system that allows you to adjust how loose the bar is regardless of its position and has a height position that doesn’t interfere with the volume and tone knobs while still being very functional.

My only issue with this guitar is the fact that the neck isn’t slick enough. That makes you spend more effort on the bends than usual. It also limits your speed.

That marks the end of our best guitar for ambient music reviews. Do you have any experience with guitar(s) that have delivered far more than you bargained for when it comes to ambient music, let us know in the comment section below!